Skip to main content and our Accessibility Statement may be found in the footer of our website.

Bariatric surgery is intended for people who are approximately 100 pounds or more overweight (with a Body Mass Index of 40 or greater) and who have not had success with other medical therapies such as diet, exercise, medications, etc. In some cases, a person with a Body Mass Index (BMI) of 35 or greater and one or more co-morbid conditions may be considered for bariatric surgery. 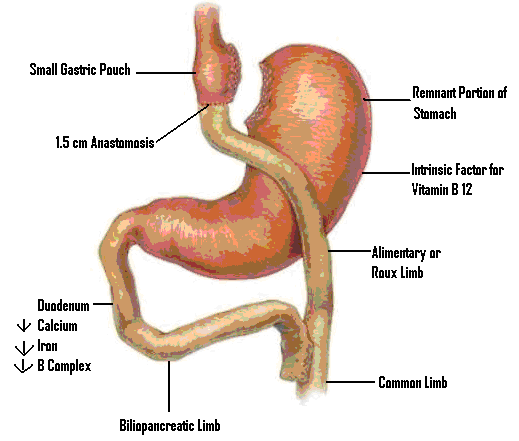 The following are in addition to the general risks of surgery:

As with any surgery, there are immediate and long-term complications. Possible risks can include, but are not limited to:

*To control operative bleeding, removal of the spleen may be necessary.